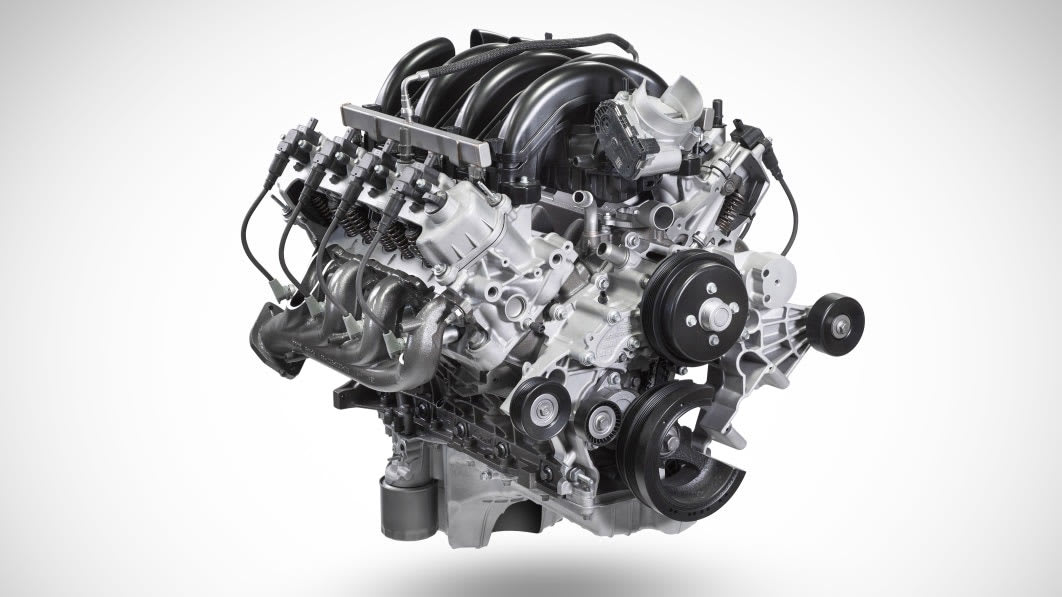 Announced two years ago, debut might not be far away

On February 1, 2011 Checkers Drive-In Restaurants applied for to trademark the term "Megazilla." The application is live, but we can't find record of the U.S. burger chain serving such a monstrosity. Similarly, in 2020, Ford Performance teased a crate engine called Megazilla toward the end of 2020, the same year the automaker put its 7.3-liter Godzilla V8 into the Super Duty lineup. Everyone figured Ford wanted to continue giving its V8 internal combustion engines a proper send-off as the world heads to electrification, and that the automaker also wanted to aim one of those parting shots at Mopar's 1,000-horsepower, 950 pound-foot Hellephant V8 crate engine. But just like that Checkers burger, we heard nothing about it. Until now. CarBuzz discovered Ford applied to reserve the Megazilla name in four countries, with the U.S. Patent and Trademark Office, the Canadian Intellectual Property Office (CIPO), the Australian Intellectual Property office (AIP) and the Intellectual Property Office of New Zealand (IPONZ).

The naturally aspirated Godzilla makes 430 horsepower and 475 pound-feet of torque. Ford Performance product manager Mike Goodwin said, in the only comments we have so far about the new engine, "We're also working on a super-secret project known as the Megazilla. It's going to increase the power output from the 430 horsepower that comes from the production crate engine." Betting seems split on whether that bonus oomph will come from reworking the NA engine or bolting on turbo- or supercharged forced induction. Based on tuner results over the past two years, any avenue could yield massive gains. The same summer Godzilla came out, former Ford Performance honcho Brian Wolfe coaxed 789 horsepower and 558 pound-feet of torque before adding turbines or screws. The same month Godwin broached Megazilla, Merkel Racing Engines created a custom twin-snail setup with twin intercoolers and bigger injectors, leading to a dyno graph showing 1,114 hp and 1,037 lb-ft. Ford Authority reported the automaker will take the turbocharged route. Not to be forgotten, however, Willis Performance Enterprises stuck on the 3.0-liter Whipple supercharger made just for this application. Combining that with some supplemental parts like new heads, cam and lifters, WPE hit 1,450 hp and 1,030 pound-feet.

So the engine is ready for four figures in both output columns if Ford really wants its megafauna to shade the demon pachyderm. As for where Megazilla might go, well, "Anywhere" is the answer a tuner would give, and they'd be correct. But the trademark filings in Australia and New Zealand are interesting. Ford Performance engineers were testing a Godzilla engine lurking under a hood bulge on a Mustang prototype, that Mustang conveniently and coincidentally "just lying around" the Ford shop. Ford is sending the F-150 to the home of the late, great Steve Irwin by the end of next year, but New Zealand doesn't appear to be on the list yet; it only gets the Raptor. Both countries, however, are big fans of the Mustang (relative to their population sizes), and neither country's enthusiasts would miss the opportunity to hoon in a giant-lizard-powered horse.

As for when we'll find out what's really going on, the SEMA show runs from November 1-4 this year, a great place for power to show itself.