American dealers are begging Nissan for a modern-day Xterra 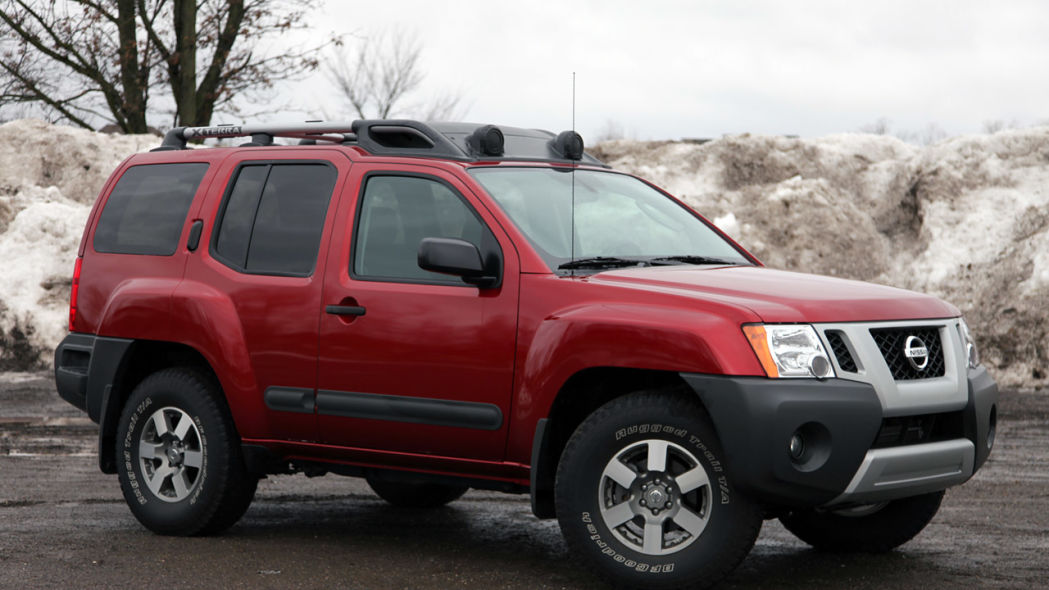 'Segment is on fire, and we're missing out'; here's what Nissan says in reply

Consumer interest in off-roaders is booming, and Nissan dealers across the nation want to cash in on the trend. Several store owners are asking the Japanese company to bring the Xterra back as quickly as possible.

Production of the second-generation Xterra ended in 2015, and Nissan hasn't returned to the segment since. Nearly all of its high-riding models are built on a unibody platform, so they're better suited to lugging around a family and their gear than to crawling over boulders in the Utah desert. For a while in the 2010s, this strategy made sense: Off-roaders like the Toyota 4Runner (historically one of the Xterra's closest rivals) looked like a bad hangover from a different era. Demand for off-road prowess has grown steadily in recent years, however.

"The rugged body-on-frame utility segment is on fire, and we're missing out on key business for the brand," said Tyler Slade, an operating partner at Tim Dahle Nissan in Salt Lake City, in an interview with Automotive News.

Ford has received over 190,000 reservations for the resurrected Bronco, and Jeep managed to sell 201,311 units of the Wrangler in 2020, a year marred by an on-going global pandemic and characterized by double-digit drops in volume. Toyota sold 129,052 examples of the 4Runner, and even Lexus wants to plant another flag in the segment. Slade estimated that a new Xterra could find between 70,000 and 80,000 homes in America annually.

Nissan has hinted it could dust off the Xterra nameplate in the past, but the SUV remains firmly relegated to the pantheon of automotive history. Ashwani Gupta, the carmaker's chief operating officer, told dealers that their voices have been heard, and that his team has talked about a new Xterra. Nothing has been decided, though.

One way to quickly fill this void would be to bring the body-on-frame Terra sold in China, among other markets, to the United States, but executives categorically ruled out this possibility in 2018. We don't know if their position has changed since, though it's worth mentioning that an updated version of the model named X-Terra (with a hyphen, oddly) and built on newer underpinnings was introduced in some Middle Eastern markets in late 2020.

We're not convinced the X-Terra would be the right follow-up to the Xterra, however. It's more of a family car that happens to be off-road capable than an off-roader that happens to be able to haul a family. It almost picks up where the body-on-frame Pathfinder left off, and it lacks the rugged design that defined the first two generations of the Xterra. It sounds like a modern-day Xterra would have to be developed in and for America, like the original.

Nissan is preparing to release the first new American-spec Frontier in over a decade, and it could likely build a third-generation Xterra on these bones. Whether it will remains to be seen; the company's plate is full. Its sales in America dropped by 33% in 2020, it's paring down its presence in Europe, and its alliance with Renault remains unstable. It's focusing on launching the next Rogue Sport and on turning the Z Proto into a production model.

Dealers pointed out that, if a new Xterra arrives, off-roaders are already waiting in line to buy one.

"The Xterra brought people to our showrooms we hadn't seen before, and it drove sales across model lines. We've still got people coming in and asking for it," said Scott Smith, the chairman of the Nissan National Dealer Advisory Board.