Today we have visionaries like Elon Musk and Mary Barra. But there was only one Lee Iacocca 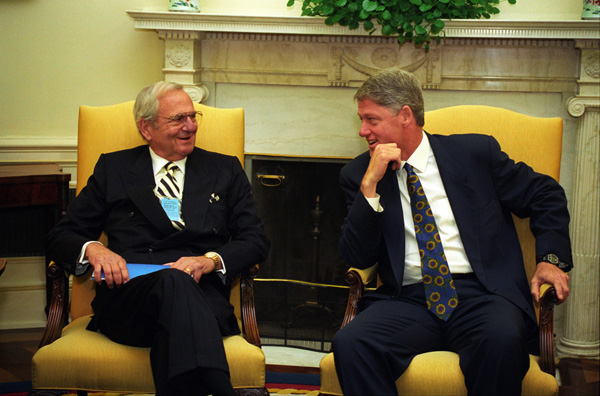 Editor's Note: Brett Smith is director of the Propulsion Technologies & Energy Infrastructure Group at the Center for Automotive Research. The opinions expressed in this commentary are his own.

Lido (Lee) Anthony Iacocca died Tuesday at age 94. Heavily involved with creating the Ford Mustang and Chrysler minivan, he was more than an automotive icon. He was, for a time, a part of our national fabric. During his tenure, Iacocca was more famous than Elon Musk, Mark Zuckerberg or any current industry leader. Lee was everywhere, and his bold and versatile leadership style has been unmatched since.

Lee was one of a kind. He was the CEO others in the auto industry envied, and most knew they couldn't emulate him.
He was the star of Chrysler television commercials, famously hawking, "If you can find a better car, buy it," the lead fundraiser for the renovation of the Statue of Liberty, a potential candidate for President of the United States, the author of bestselling books and, in his later days, the co-star of a Chrysler commercial with Snoop Dogg.
While Iacocca started as an engineer, his true calling was marketing. After beginning his career in Ford Motor Company's engineering department, he quickly shifted into the world of sales and rapidly climbed the ladder. His marketing skills served as the basis for his automotive savvy. 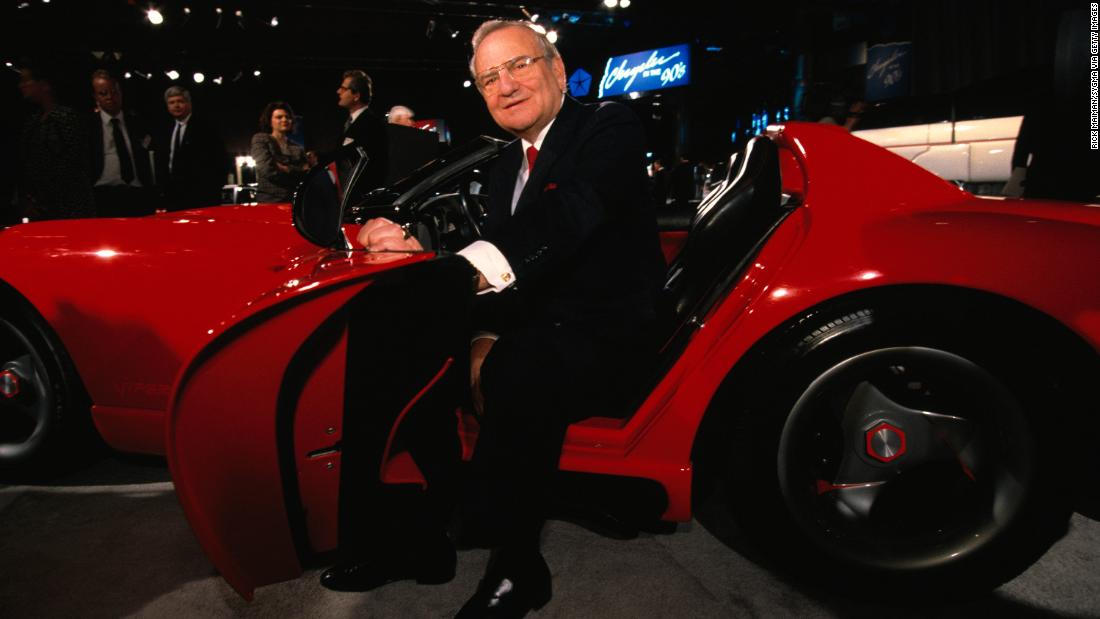 Lee Iacocca: The life of a rockstar CEO in pictures
Decades later, admirers like longtime Ford public relations executive Stan Drall, would talk to me of the genius and energy Iacocca brought to the company. The stories of how a young gun changed a stale automobile company were a legend around Ford's headquarters. It was Iacocca, teaming with Hal Sperlich and designer Gale Halderman, who imagined the Mustang. He understood that creating a vehicle and image that appealed to young women as much as to young men was the key to the success of the car. Hearing that early V6 Mustangs were often referred to as secretary's cars was music to Iacocca's ears. He knew he could get men to buy the V8 — especially when legendary racer Caroll Shelby got involved. But creating a car that young women also aspired to meant big sales.
However, in 1978, after a long, successful, and occasionally stormy career at Ford, Iacocca was fired by Henry Ford II.
When you do battle with the guy whose name is on the building, you lose — even if you helped to create the Mustang.
That same year, Chrysler hired him. While Iacocca was well known in Detroit during his Ford tenure, the rest of the country didn't get to know him until he guided Chrysler through a government bailout in 1979. His ability to first identify the seriousness of the situation at Chrysler, create an effective plan and then convince the federal government to buy-in was essential for the company's survival. Through his appearances in TV commercials touting the reborn Chrysler, he became the public spokesperson for the company. That role rapidly grew, and soon many viewed him as the voice for the entire US automotive industry.
Once the crisis at Chrysler was averted, the marketing whiz realized the financial importance of leveraging a single platform to create a portfolio of cars. The Chrysler K-car platform spawned many variants, including convertibles, station wagons, luxury sedans and even the minivan — a new segment that would alter the US market for decades.
Iacocca's leadership style left a trail of bruised and battered egos and careers — including his own. Many of the automotive industry's great leaders of the last half of the 20th century worked with or for Iacocca and often clashed with him over differing strategies. From being fired by Henry Ford II, disagreeing with the US National Park Service leadership during his stint renovating the Statue of Liberty, to legendary skirmishes with automotive industry stalwarts, Iacocca was willing to take a stand for what he thought was the right way. Moreover, he was often correct.
The automotive industry is currently undergoing an epic transition, in which manufacturers and suppliers alike are trying to define their role in the age of new mobility. There are bold visionaries like Musk and Mary Barra, but few, if any, will match the national presence Lido achieved in the 1980s.
SOURCE: CNN
← Go Back To List