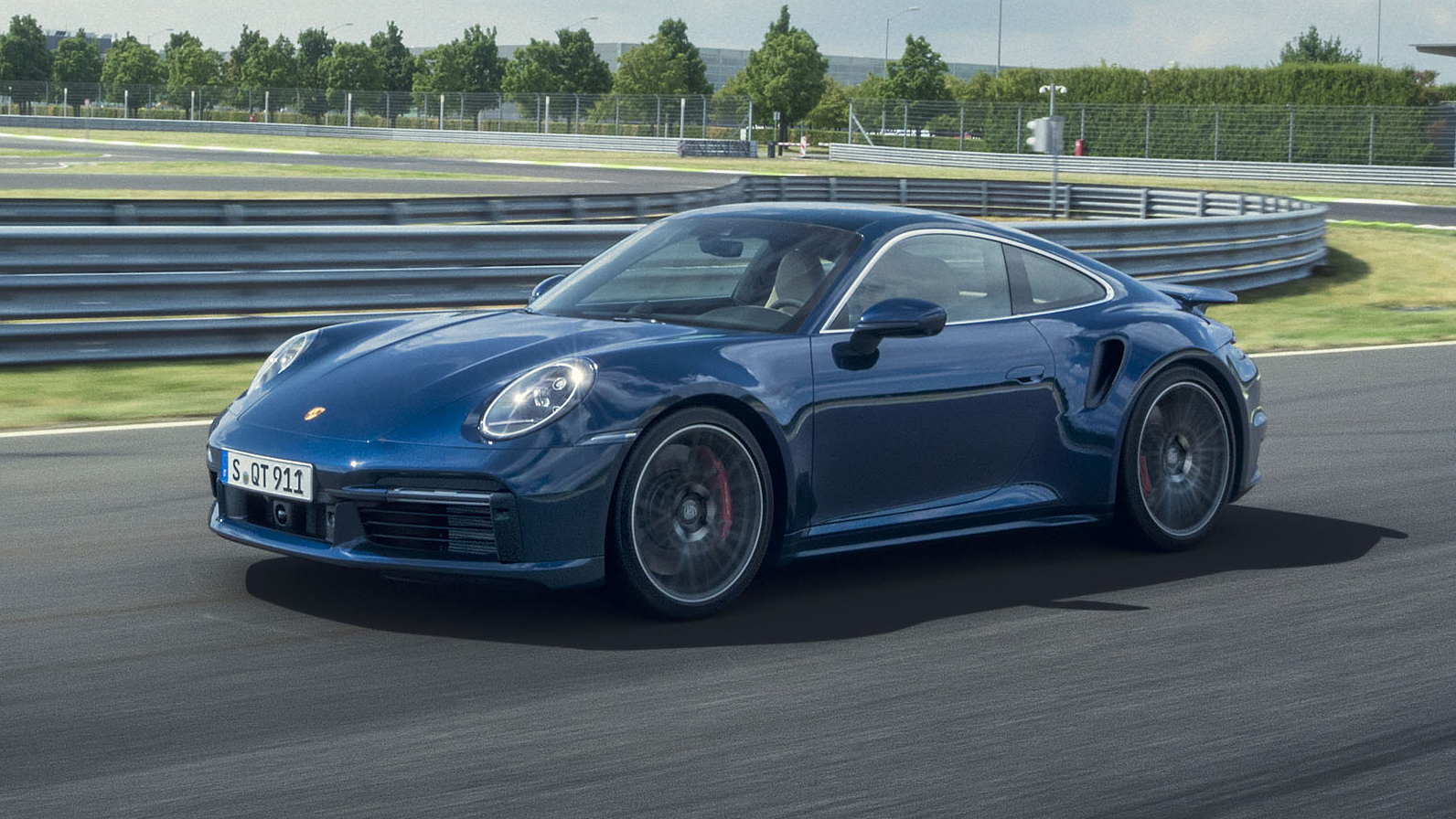 Earlier this year, Porsche made the unusual decision to reveal the next-generation high-speed 911 Turbo line with the most potent Turbo S variant. A few months later, the company is finally showing the core 2021 Porsche 911 Turbo model in coupe and convertible versions. It's not quite as fast, but it's close, and it's cheaper than the S.

Tucked into the tail of the car is a twin-turbo 3.7-liter flat-six that shares its internals with the more potent Turbo S. This engine is just detuned to 572 horsepower and 553 pound-feet of torque rather than the Turbo S's 640 horsepower and 590 pound-feet. Comparing this new Turbo with its predecessor, though, power is up 32 horses and torque up by 30 pound-feet. The engine is paired as standard with the same eight-speed PDK as the Turbo S along with the same Porsche Traction Management all-wheel-drive system. It allows the Turbo coupe to hit 60 mph in 2.7 seconds and the Turbo cabriolet to do the same in 2.8 seconds. The Turbo coupe is only a tenth behind the Turbo S coupe. Top speed for the regular Turbo is 198 mph versus 205 for the Turbo S.

The Turbo also shares the Turbo S body, which is wider than the outgoing Turbo by 1.8 inches at the front and 0.8 inch at the rear. The Turbo's tires are wider than the old car by 10 mm front and rear, and the front brake rotors are 28 mm larger in diameter than before. Ceramic brakes with 10-piston front calipers from the Turbo S are available as an option. 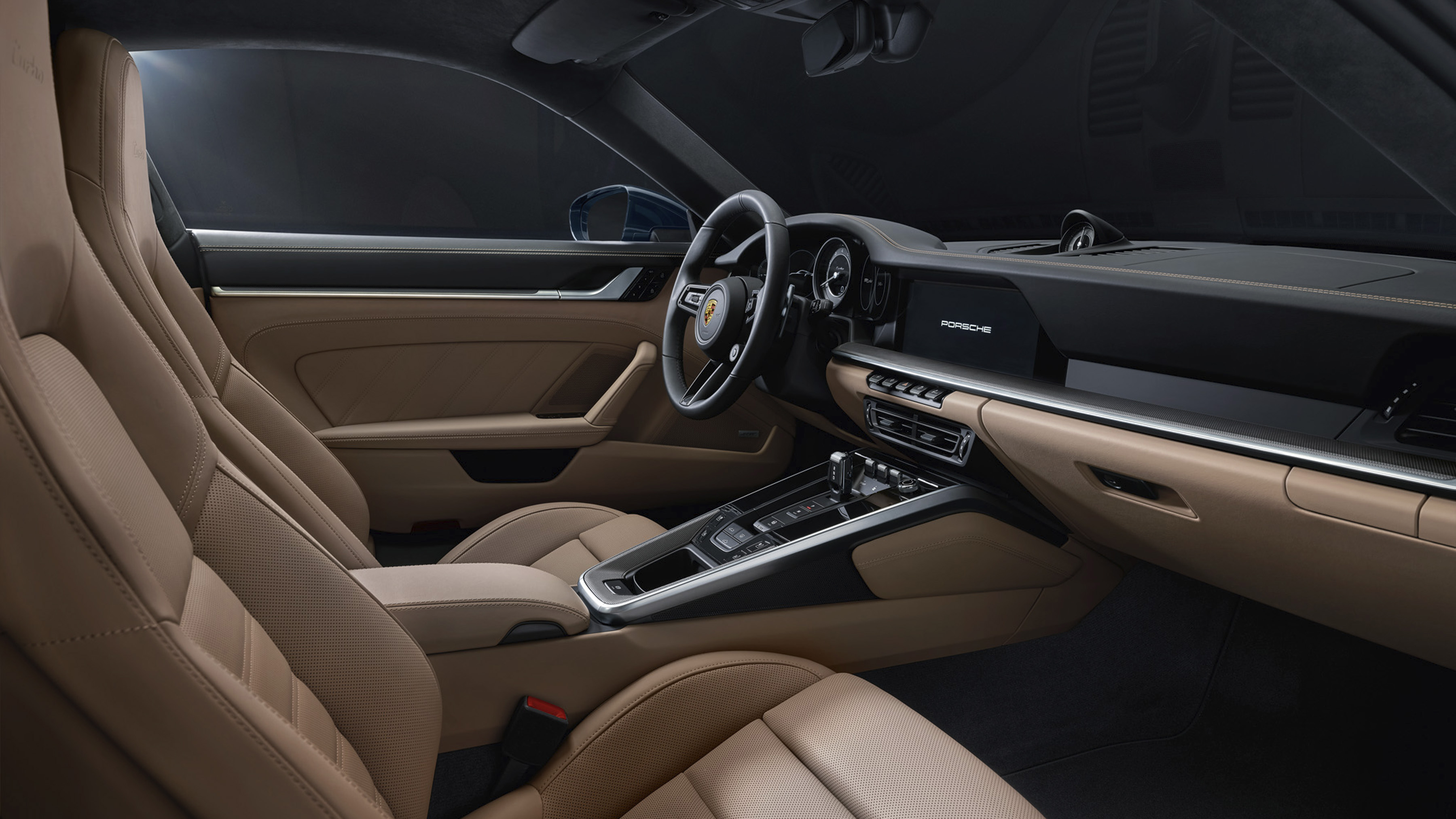 Among other standard features are Porsche Active Suspension Management, rear-wheel steering and the Sport Chrono Package, and a Sport version of that suspension is available as an option. Inside, the Turbo gets a standard Bose sound system and 14-way adjustable Sport seats. Options include a Lightweight package available that deletes the rear seats, substitutes lightweight bucket seats and removes some sound insulation for a 66-pound weight savings. A Sport package adds the full compliment of SportDesign body parts along with black and carbon fiber accents and clear taillights. A Sport exhaust is another option that is newly available for the regular Turbo. Other options include lane-keep assist, adaptive cruise control, night vision assist, surround-view camera and a Burmester sound system plus the usual multitude of customization add-ons. 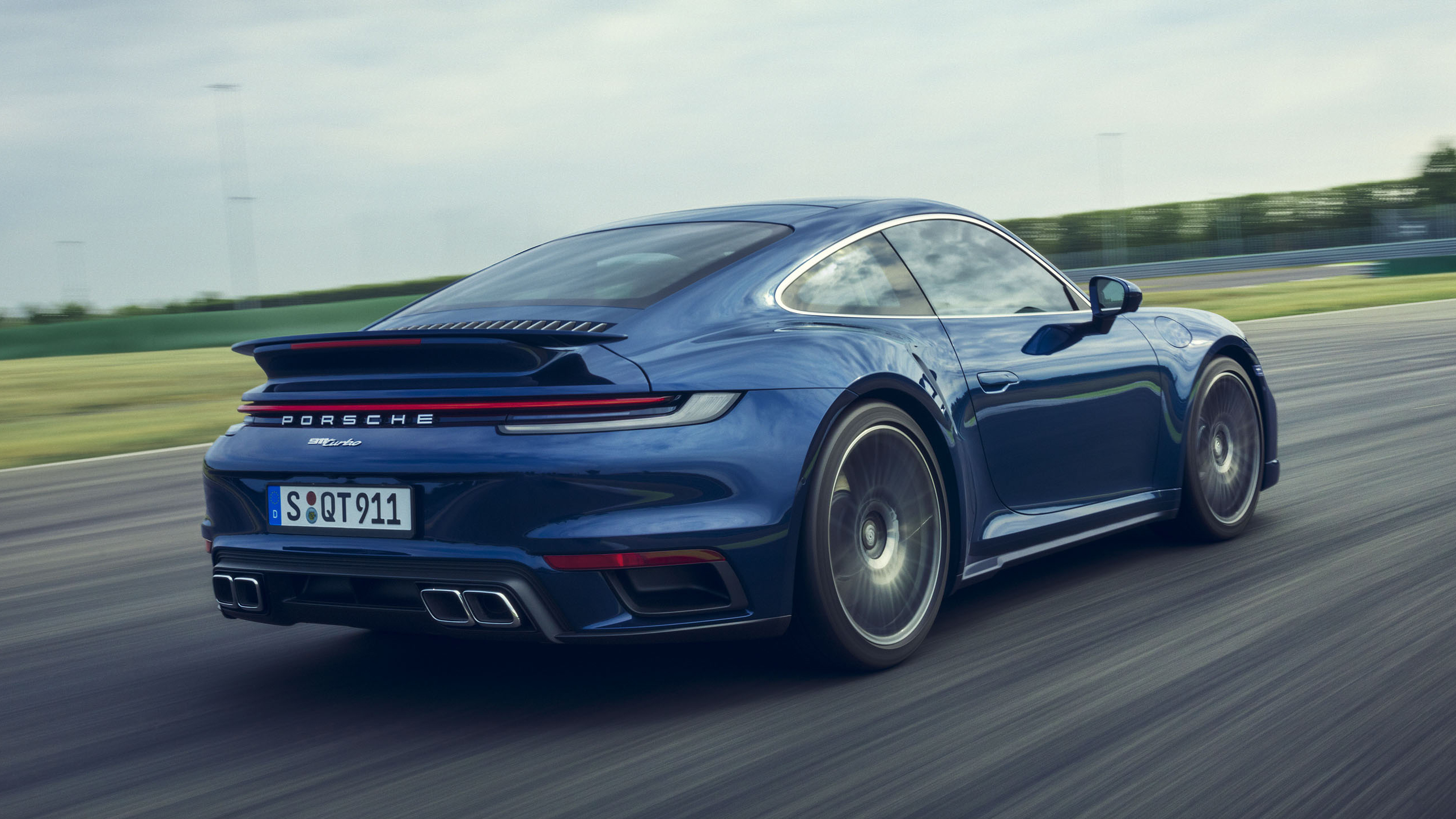