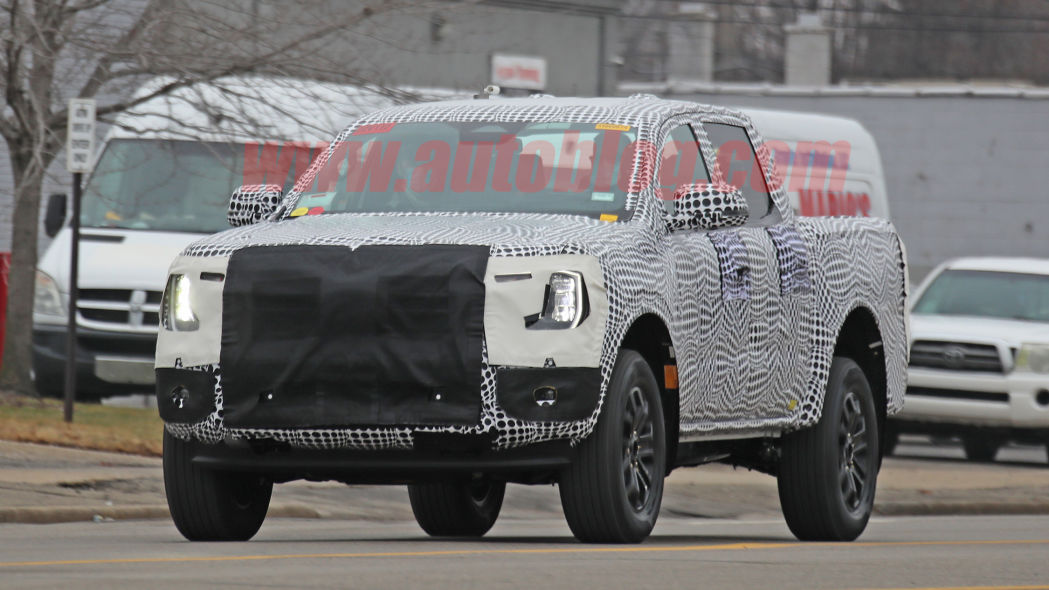 Remember that leaked photo posing as the next-gen Ford Ranger? Well, now we have something real to compare it to, as new spy photos of the next-gen Ranger in pre-production duds just dropped. Today marks the first time the next Ranger was caught out testing in pre-production form, so there’s plenty to take in.

We’ll start with the resemblance to the leaked photo. The relationship between these two trucks is most obvious in the C-shaped headlight housings. We can see the “C” curve of the running lights popping through the heavy shrouding. Though, the projector beams themselves do look a bit different in that they’re wider than they appear in the leaked image. Similar style headlights have also been seen on the smaller Ford Maverick pickup. The heavy camouflage does a decent job of covering up the grille, but similar to the leak, a number of crossbars seem to be stretching across the front of the truck. Its hood is mostly flat and abruptly ends at the grille, likely to give this truck a mean, flat face.

In general, it’s a large departure from the current Ranger’s rounded face and relatively small grille with small, simple headlight fixtures. The new truck is likely going to look much squarer and more aggressive, following the trend of pickups everywhere. 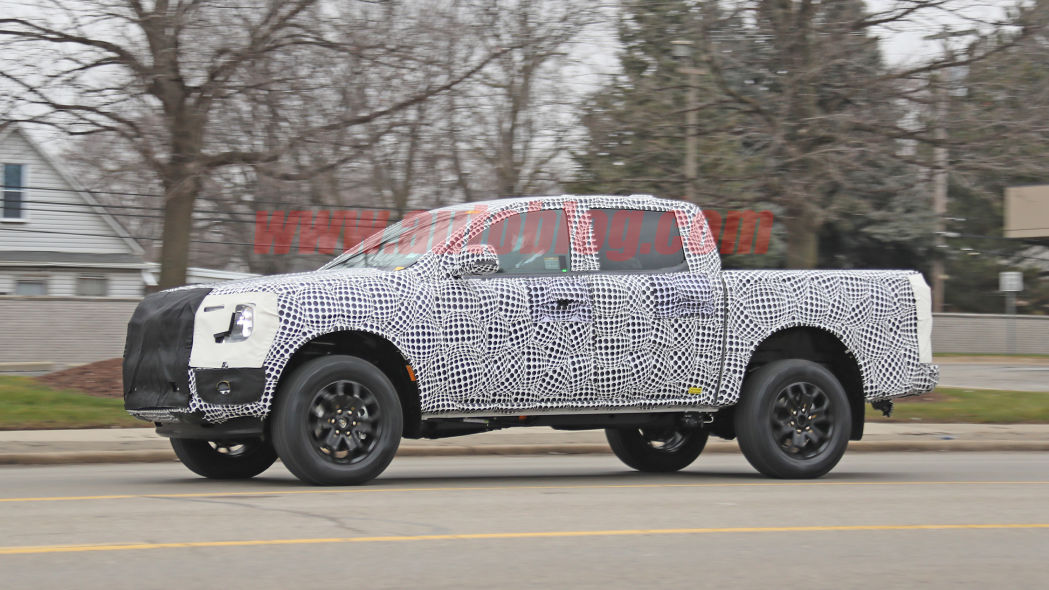 The physical shape of the cab, windows and bed look identical to the current Ranger, so there could be very little change happening here. We can spy the same upward turn at the bottom of the rear window as it arcs back. We happen to like the current shape of the Ranger, so no worries here. All the camouflage does a great job of hiding the shape of the fender flares and general lines. But if the leaked image is to be believed, this upcoming Ranger will have much flatter sides than the beefy fenders it currently employs. The truck we spied is rather light on bulge, fitting with the leak.

As for the rear end, it looks like the Ranger will be getting new taillights and a new tailgate. We can only make out part of the light design, but they’re predictably LED lights and vertically oriented. The exhaust pipe exiting out the rear is obviously just for test purposes, so don’t read anything into that.

Timing for the next-gen Ranger is still unclear, but since the current Ranger entered the U.S. well into its current generation, the new one won’t be too far around the corner. Current predictions place it as a 2022 launch, but Covid-19 issues have plagued the industry with so many delays that we can’t be 100% sure. 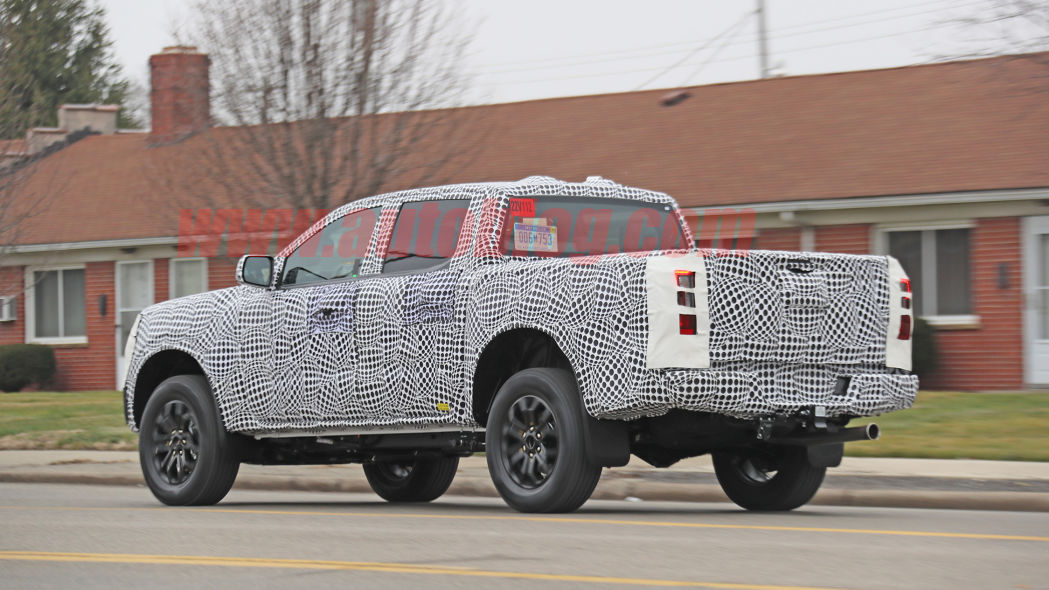