Triple Crown of Rodding Wrapup at the Hot Rod Roundup 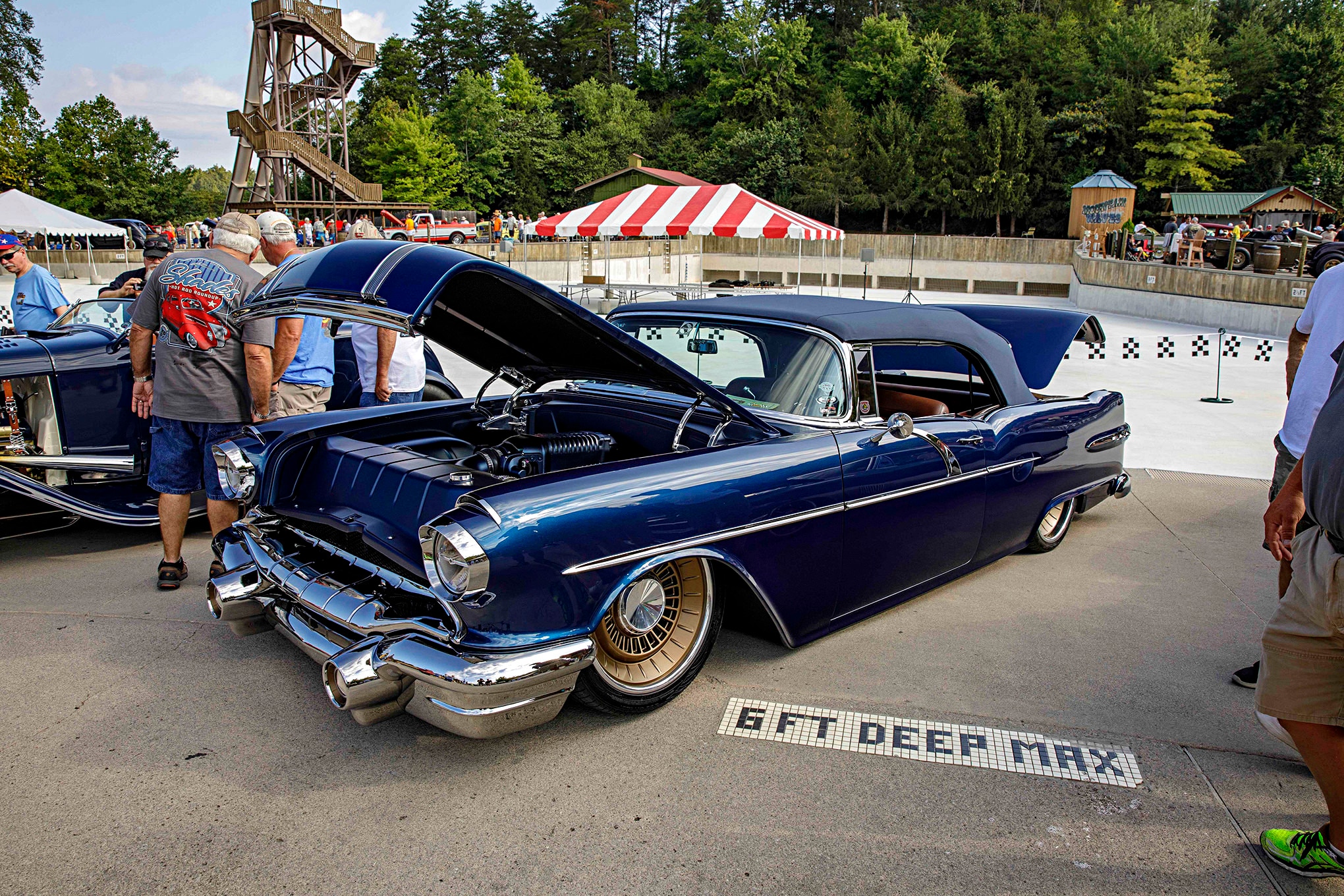 The 37th Annual Hot Rod Roundup hosted by Shades of the Past Car Club and held at Dollywood’s Splash Country is much more than a rod run. It’s many things all wrapped up into a fast-paced, two-day event from move in to move out. 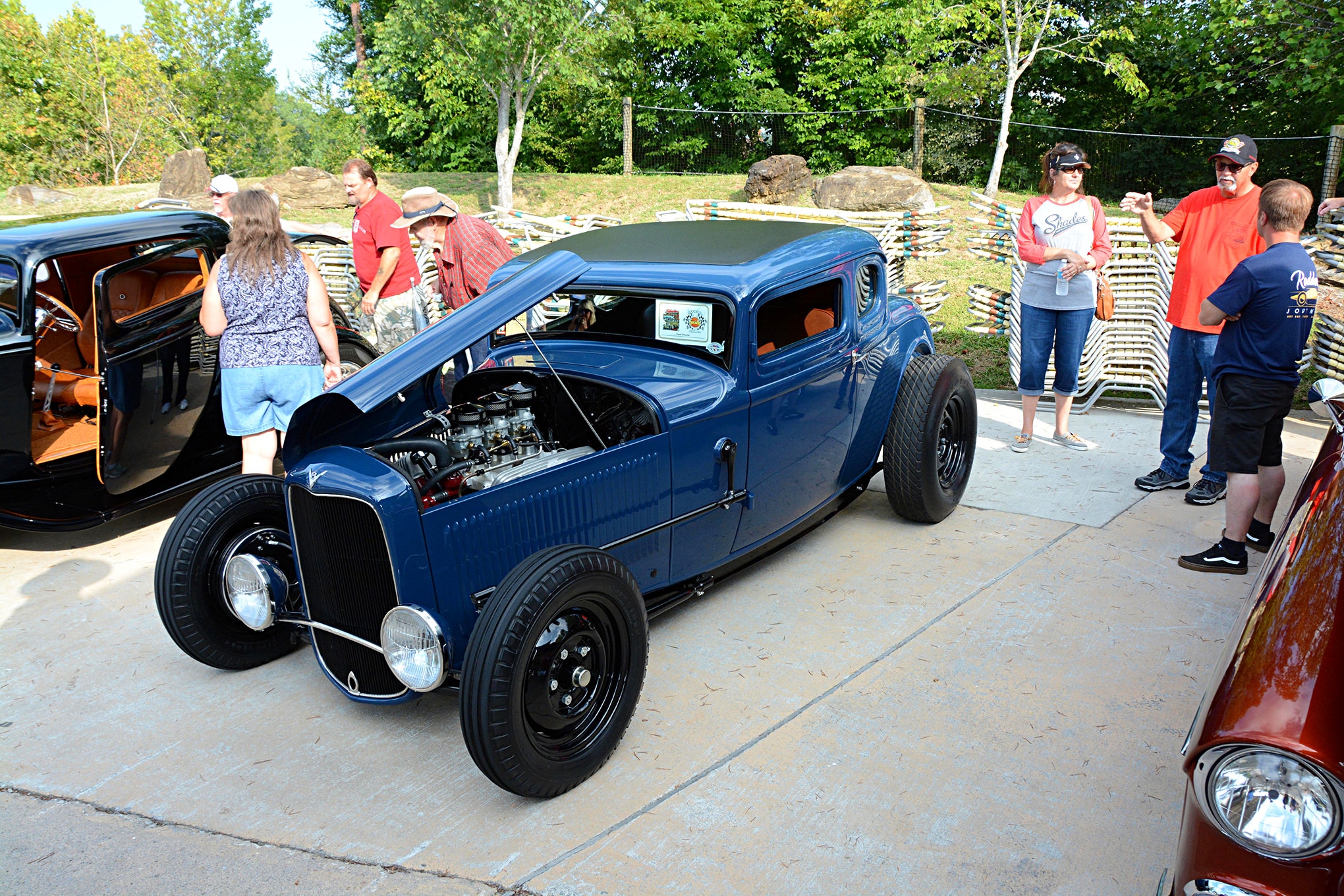 It’s a rod run that gives us an amazing 2,500 or so hot rods and from this comes the Top 25, the Magnificent 7, and Best Ford in a Ford. To this add possibly the largest 50/50 hot rod event drawing in the country, many charitable donations, a giveaway 1932 highboy roadster (paid for by the Shades club and built at Alloway’s Hot Rod Shop, utilizing many of the industry’s frontline manufacturers), a freshly renovated vendors grounds, great weather, and plenty of exercise walking up and down the “hill.” (OK, that last one is me sniveling as I get my daily steps in!) The 50/50 drawing totaled $55,190 of which $27,595 was given away to one lucky recipient. From the end of the 2018 Shades event until the kickoff of the 2019 event, a collection of 16 charities were given $24,035. Clearly, the annual Hot Rod Roundup benefits many people, including those hot rodders in attendance. 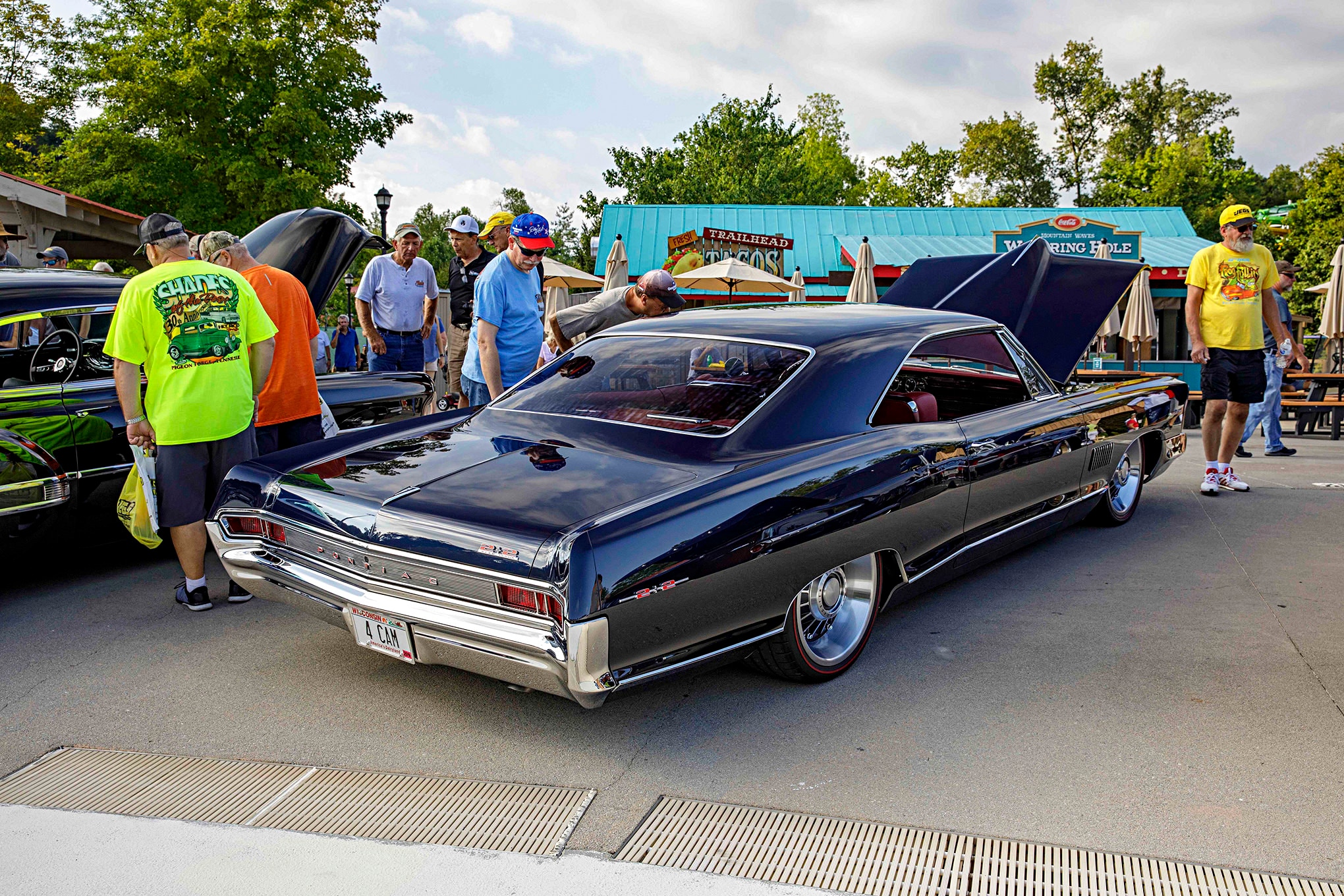 But the keynote award that’s held each year at Dollywood is the Triple Crown of Rodding. One of the premier awards in the rodding community, competition is open to fixed roof, convertibles, and roadsters that range up through 1972 for cars and trucks of all makes and models. The TCR founding companies are Advanced Plating, Classic Instruments, and Vintage Air, along with the Shades of the Past Car Club and STREET RODDER magazine. Additional sponsors of the award are PPG, ARP, Art Morrison Enterprises, and Schott Performance Wheels. Each of the TCR winners receives an amazing trophy along with a check for $5,000 from STREET RODDER and a certificate for manufacturers’ products from each of the sponsoring companies. It should be noted that if your hot rod received a Painless Performance Products/STREET RODDER Top 100 award at any one of its events you will receive as an added bonus a complimentary entry to the Shades of the Past Annual Hot Rod Roundup. From here you can then enter your car in the judging for the Shades Top 25 … a prestigious award in and of itself. (This year one of the Top 100 cars—belonging to Kevin Jahnke for his 1955 Chevy Nomad from Medford, Oregon—made the cut and was awarded one of the Top 25 awards.) 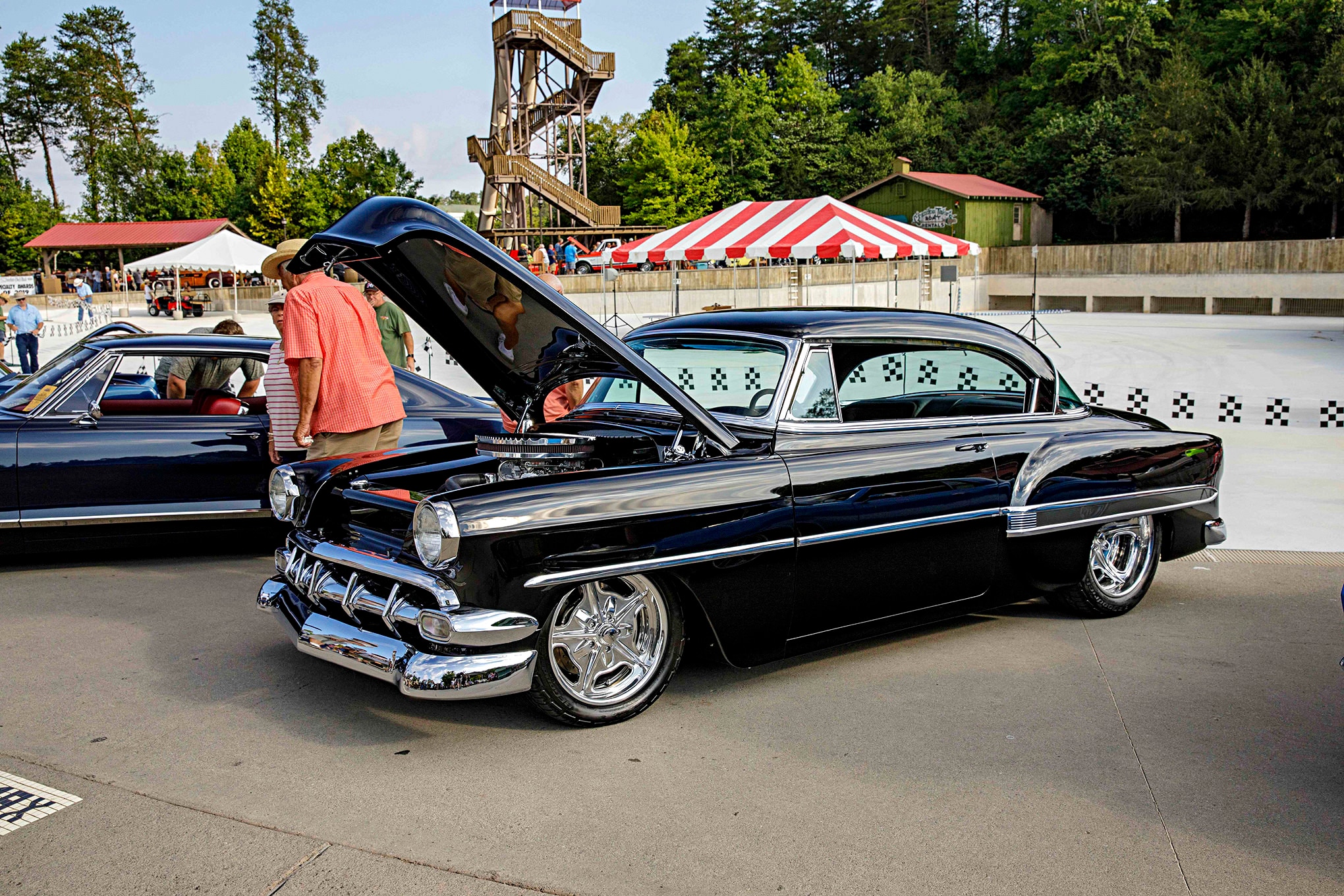 Taking home one of the three Triple Crown of Rodding incredible trophies, gift certificates, and the promise of being featured in and on a cover of STREET RODDER were the cars belonging to Phil Becker, Sony Freeman, and Randy Wilcox. Becker had his Ridler-contending 1932 Ford Vicky, which captured the Best Street Rod category; Freeman with his 1965 Chevelle (another Ridler contender) captured the Best Street Machine category; and Wilcox with his 1959 Cadillac that took home the Best Street Cruiser category. (Each year the STREET RODDER cover is shot on the amazing grounds that make up the Dollywood DreamMore Resort & Spa.) 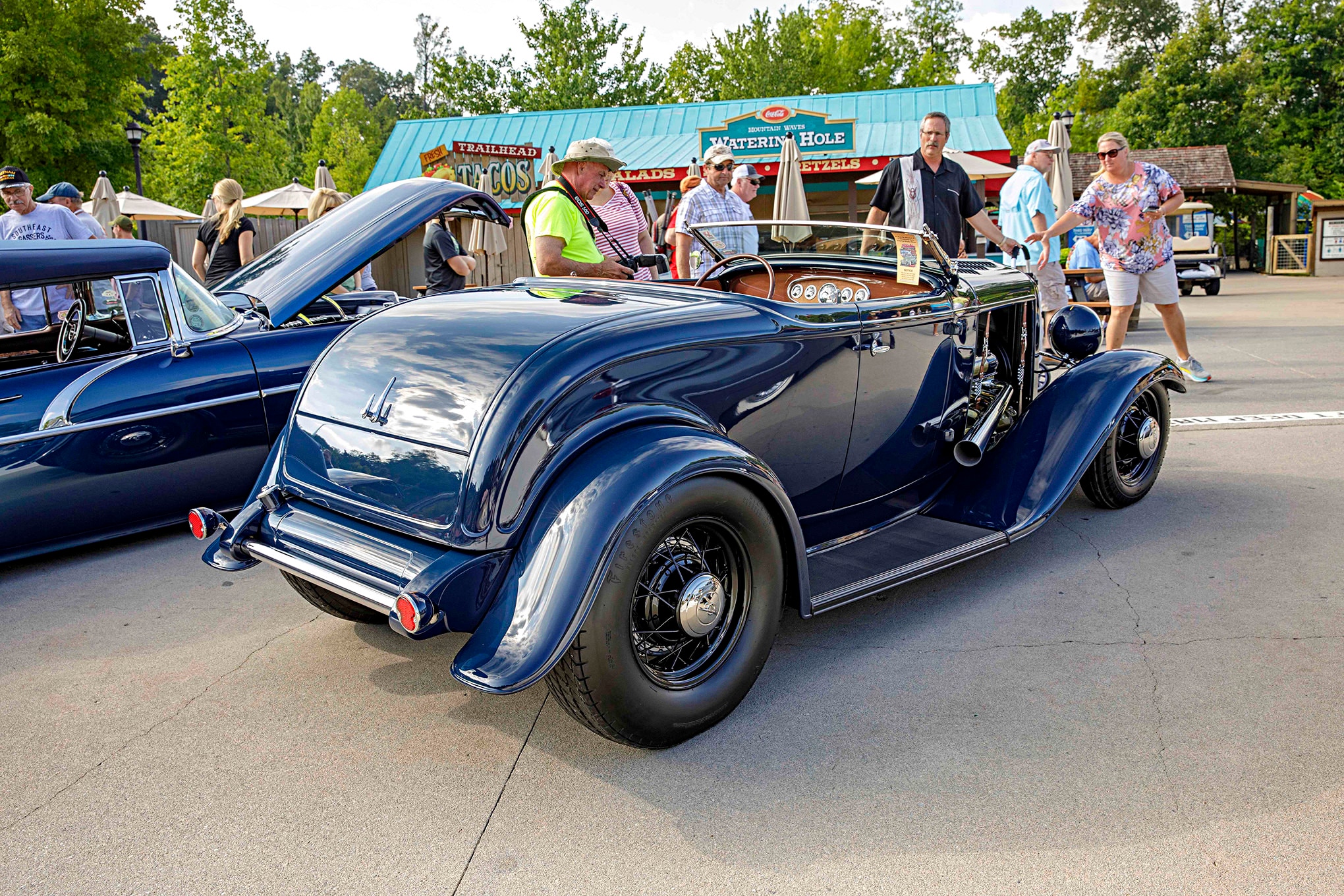 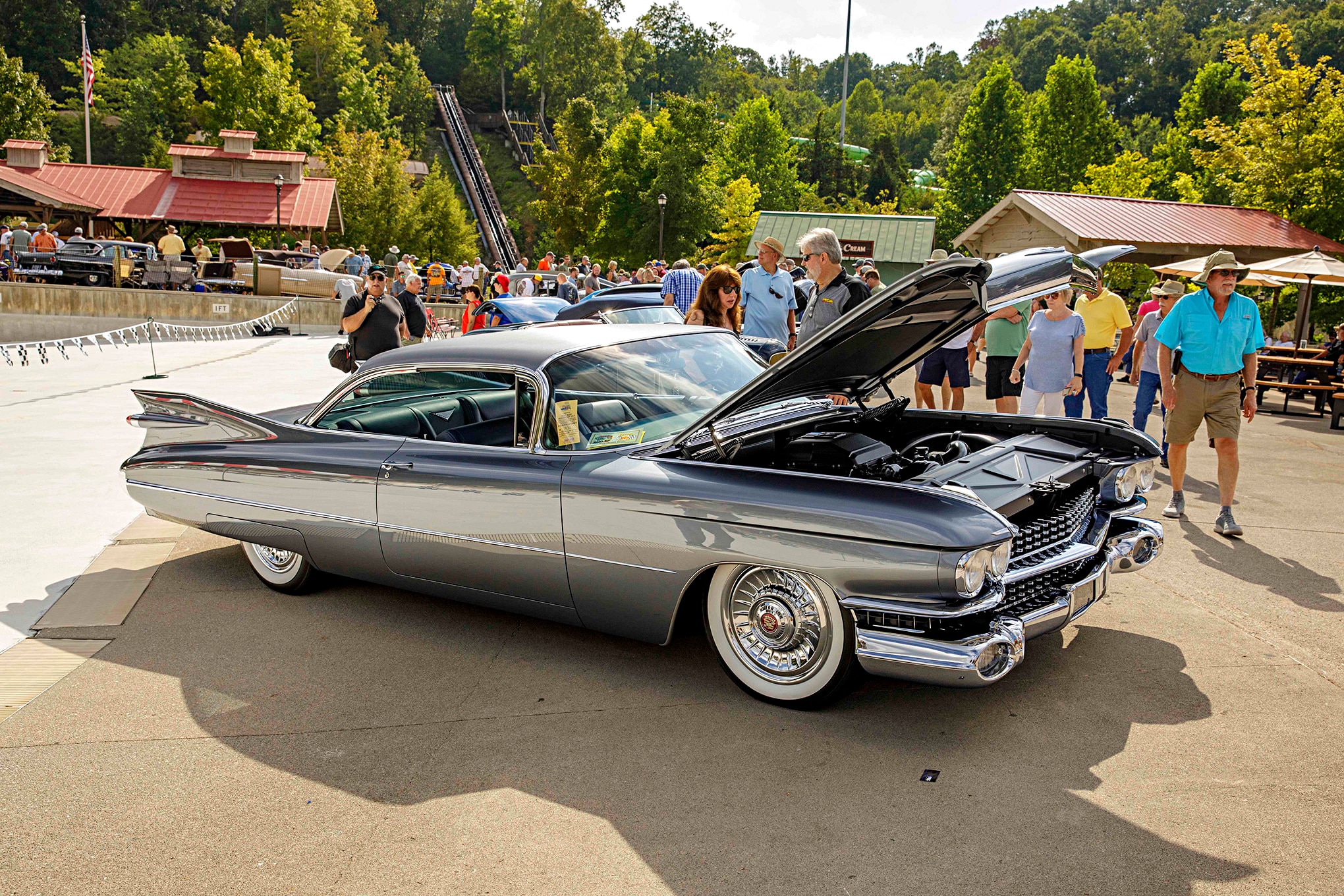 Dollywood Splash Country has proven to be the perfect location with great amenities as well as ample participant parking, vendor display area, and great daytime and nighttime entertainment and eating spots. (Well, you knew I couldn’t give any rod run a great review without first taking care of my robust dining tendencies!) 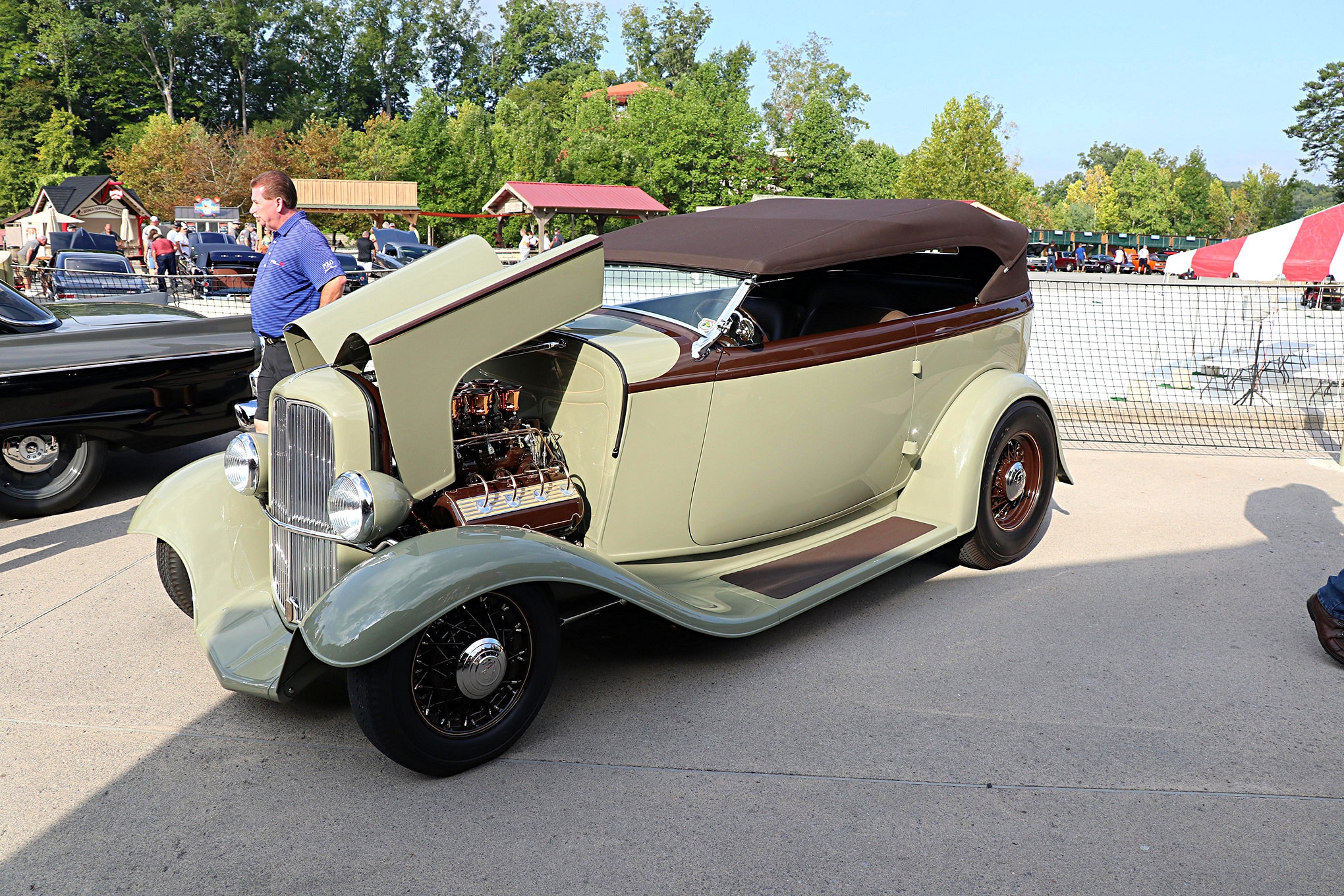 The event itself draws approximately 2,500 entrants (pre 1972) and 15,000-plus spectators from the surrounding Pigeon Forge area, coupled with 100-plus swap spaces, and 45-plus manufacturers. This year was the largest car count and spectator draw on a Friday, showing that the event is steadily growing, along with the TCR drawing more competition, so all is looking bright for the future. 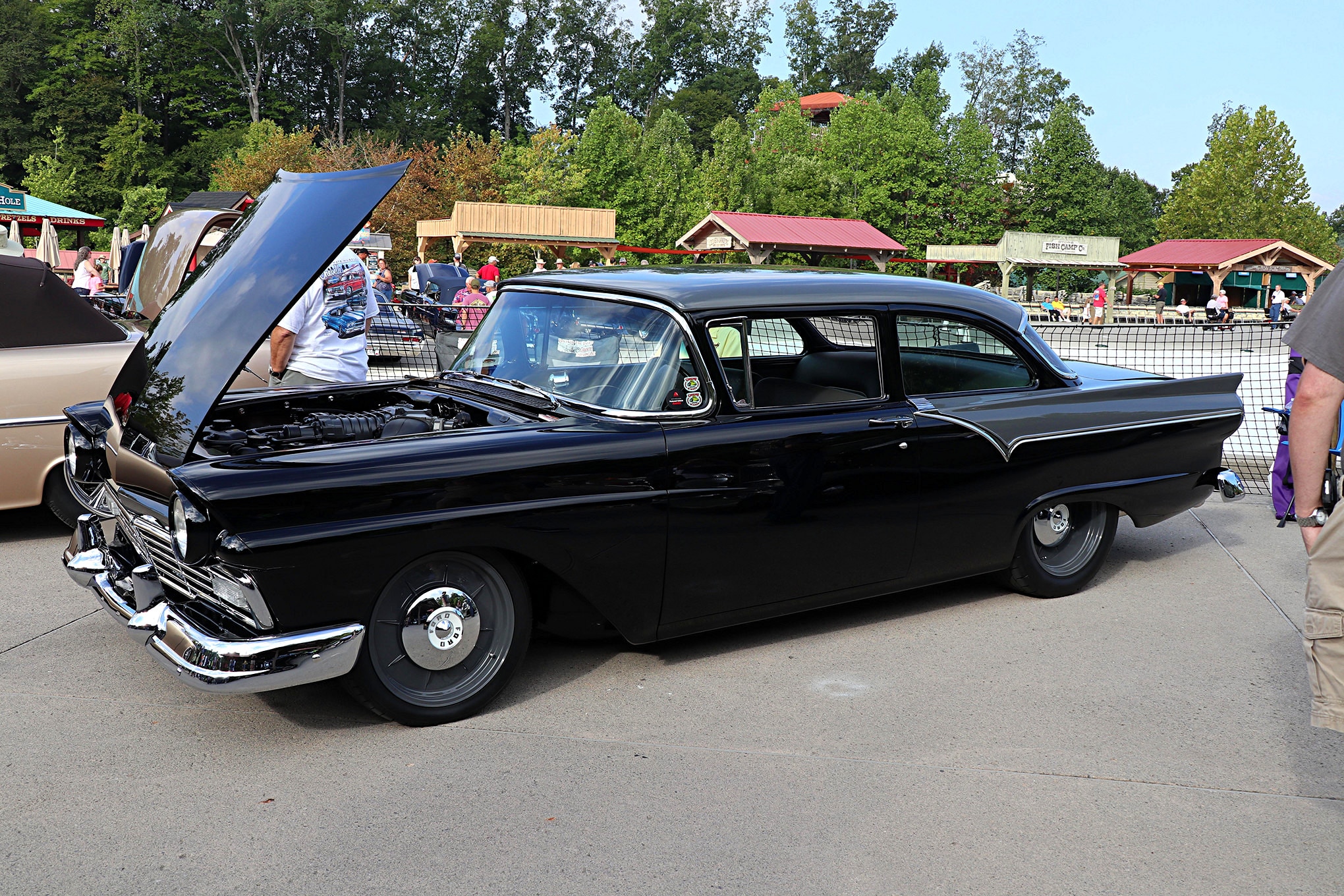