The 2022 Chevy Silverado ZR2 fulfilled many GM truck fans’ desire for the automaker to offer an ultra-capable, go-anywhere variant of the popular full-size pickup, but it isn’t stopping there. New GM Authority spy shots indicate GM is now working on an even more extreme off-road-focused Silverado model that may pull inspiration from its Off-Road Concept from the 2021 SEMA Show. 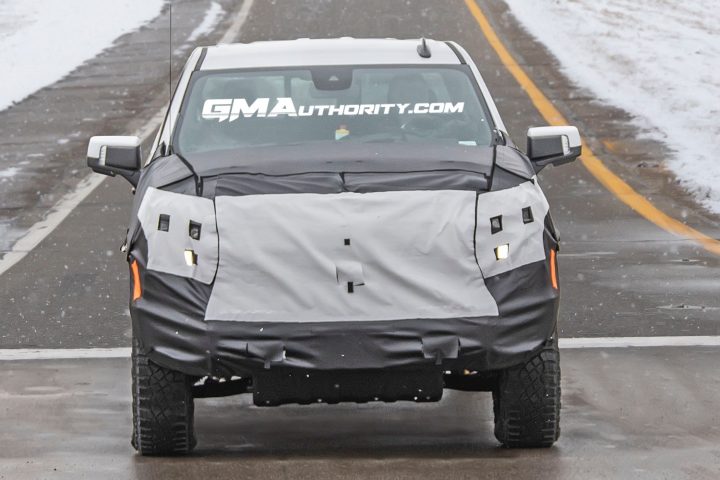 These spy shots show a Chevy Silverado prototype in Crew Cab Short Bed configuration, off-road wheels with concealed wheel covers, knobby tires and side rock rails. The concealed wheels are particularly interesting, as GM may be hiding a set of beadlock wheels beneath the covers. There are some other interesting details that give away this prototype as a potential new off-road model, too, namely the low-hanging front underbody skid plate, which has a similar design and shape to the one used on the aforementioned SEMA Concept, also know as the Chevy Beast. 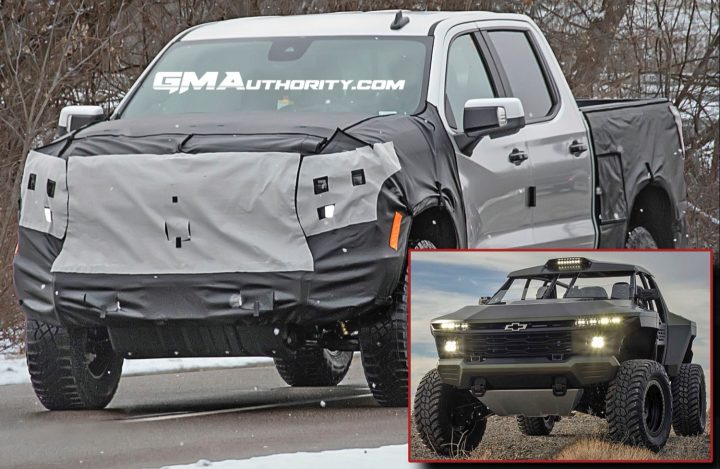 While there’s quite a bit of camouflage covering the grille and front fascia, it does appear to have a more simplified front bumper than the ZR2, taking on a similar design to the bumper used on the SEMA Concept and providing much better clearance. We imagine such a model would also either expand on or re-use some of the key off-road suspension pieces from the ZR2, such as the Multimatic DSSV dampers.

Seeing as this prototype truck may share some styling cues and other components with Chevy’s SEMA Concept, it’s possible it has the automaker’s supercharged 6.2L LT4 V8 engine sitting under the hood. This engine was recently brought into GM’s full-size truck and SUV portfolio via the Cadillac Escalade-V, so it’s definitely possible a hotter off-road Silverado could receive this engine, but our photographer didn’t hear anything from the prototype that would suggest a forced induction engine was present. This would be the most logical route for GM to take, however, seeing as this truck would be compared with rival offerings like the 702-horsepower Ram TRX and the upcoming Ford F-150 Raptor R. 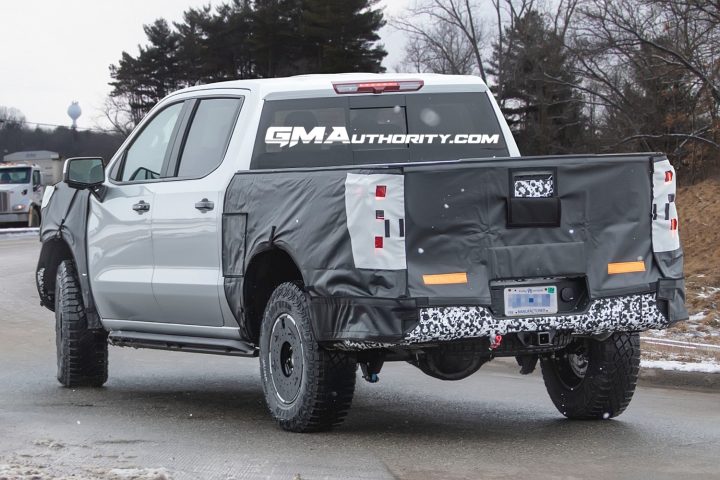