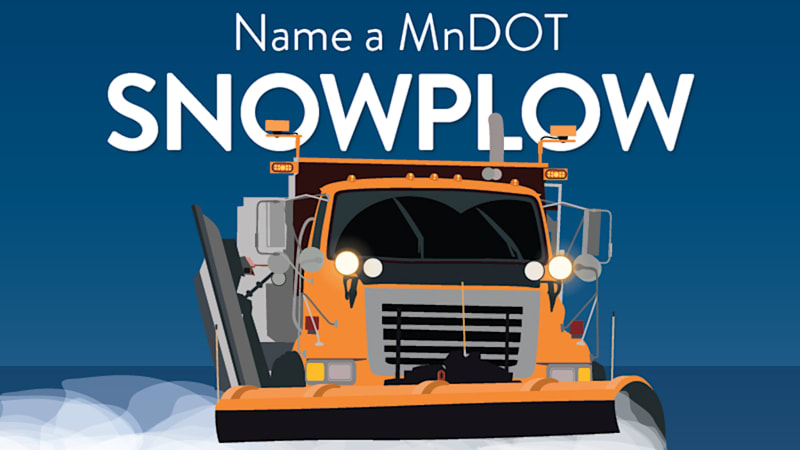 You surely haven't been enjoying this winter's weather, but a lot of you liked our feature awhile back about Scotland's delightful tradition of letting schoolchildren name its snowplows and "gritters" (sanding trucks). State officials in Minnesota must have enjoyed that story too, because they are letting the public suggest and vote on names for eight new snowplows in the Land of Ten Thousand Lakes. And some of the suggestions are just as clever as their Scottish counterparts.

First, and to our ear nowhere near the best, is "Plowy McPlowface," which is simply a riff on the fabled Boaty McBoatface ship-naming debacle. And the second-most popular of 50 top suggestions was "Abolish ICE," which, The New York Times reports, has been scratched from consideration. In lowercase form, we could've all united as a country around the idea of abolishing ice this winter, but the double meaning involving the U.S. Immigration and Customs Enforcement agency was just too political for Minnesota's Department of Transportation to allow.

But the best entries in this contest are the ones that can turn the world on with their smile and suddenly make a nothing day seem worthwhile — they're the ones that have a Minnesota connection, everything from Prince to church-basement potlucks:

Among the best of the rest: Edward Blizzardhands.

If you want to cast a vote in the Minnesota snowplow poll, it ends Friday. Voting won't be the final determination of the winners, though. That'll be up to Minnesota officials.

Meanwhile, back in Scotland, some new names have popped up, beyond the ones we previously reported. Some standouts there include: