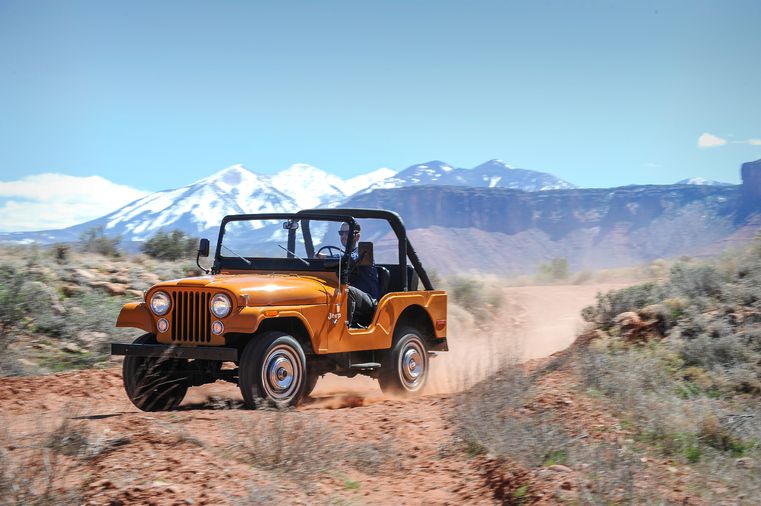 In the last 38 years, the diminutive Jeep CJ platform has stretched out, bulked up, and piled on the luxury items and off-road gee-gaws as it and its successors have gone through four major iterations under five different owners. Over that time, it has not, however, benefited from a factory-installed V-8 to move all that mass and those big tires around. That may soon change, so with Jeep's tease of a Hemi-powered JL Wrangler over the weekend, it's worth looking back to the brief several years when Jeep offered big engines in its smallest package.
First, ICYMI, the news. With Ford planning its Bronco reveal, FCA first teased, then showed off its Jeep Wrangler Rubicon 392 concept with a 450 hp 6.4-liter Hemi under its Gladiator Mojave hood. "Jeep enthusiasts have been clamoring for a V-8-powered production Wrangler in recent years and the new Jeep Wrangler Rubicon 392 Concept is an indication they may soon get their wish," according to the press release announcing the concept.
Typically, Jeep's underground design team develops at least one Hemi-powered concept for its Easter Jeep Safari lineup: The 2018 Sandstorm, the 2017 Quicksand, the 2016 Trailcat, the 2013 Mopar Recon and Sand Trooper II, the 2012 Traildozer, the 2011 Renegade, the 2009 Lower Forty, and on and on. Without Chrysler's participation in this year's Easter Jeep Safari due to the coronavirus pandemic, we didn't get to see any such Hemi-powered concepts, and it's likely the Rubicon 392 was just one of the several concepts that Jeep built for the Safari and never showed to the public rather than a glimpse at a future production option.
Or maybe not. The press release also noted that the last time Jeep offered a production V-8 (not counting the Grand Cherokee and Commander and before them the Grand Wagoneer and the J-series trucks) was 1981. 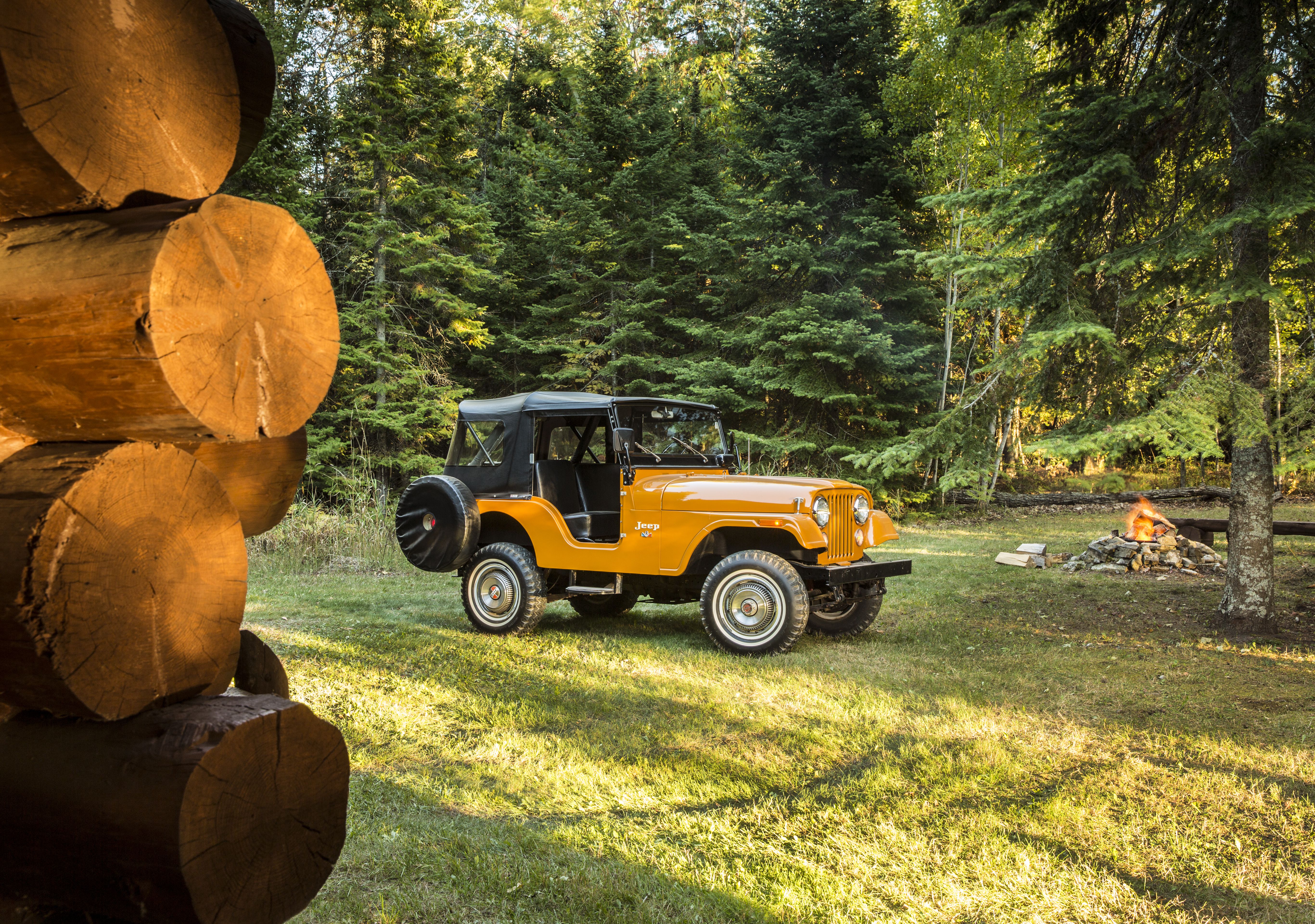 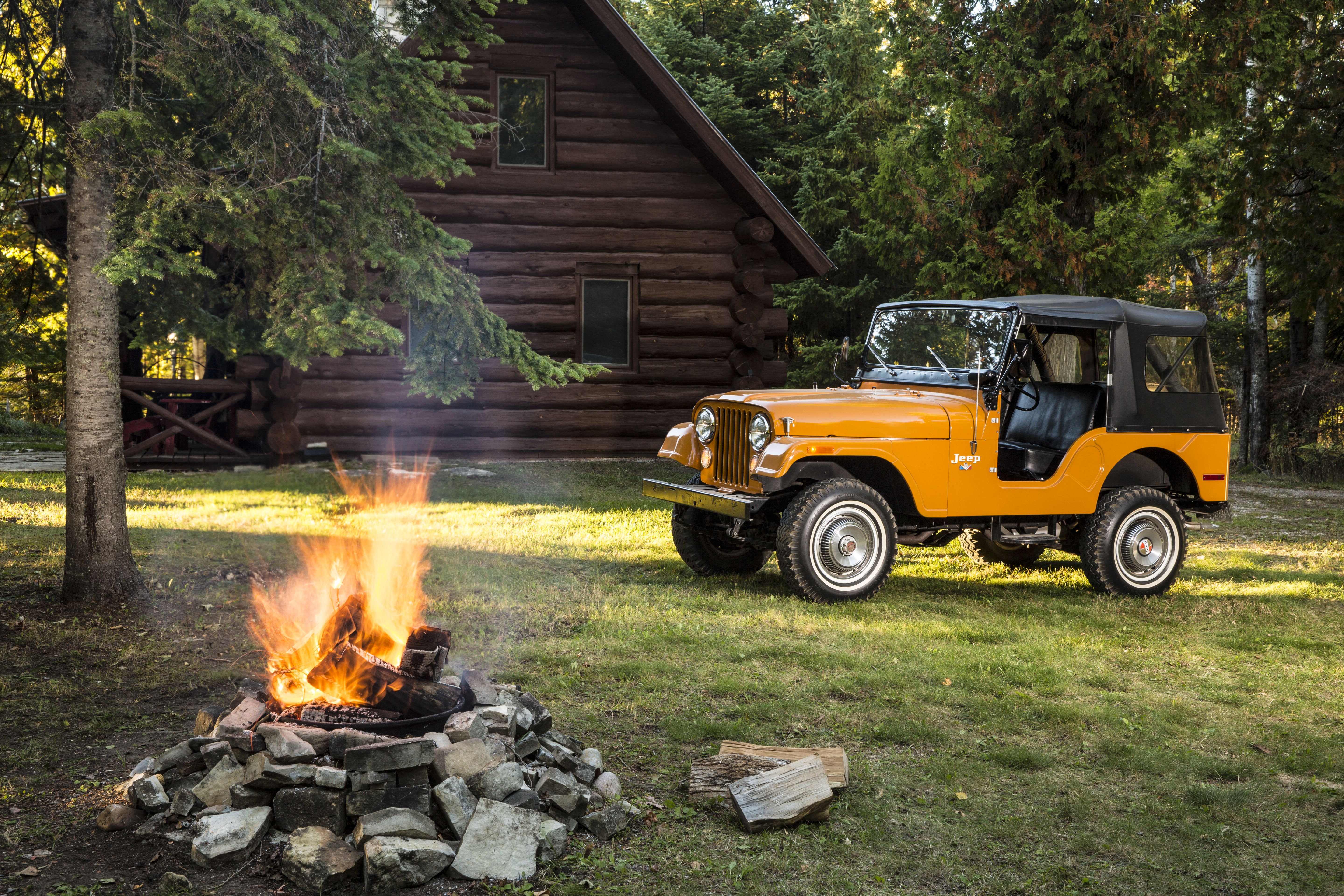 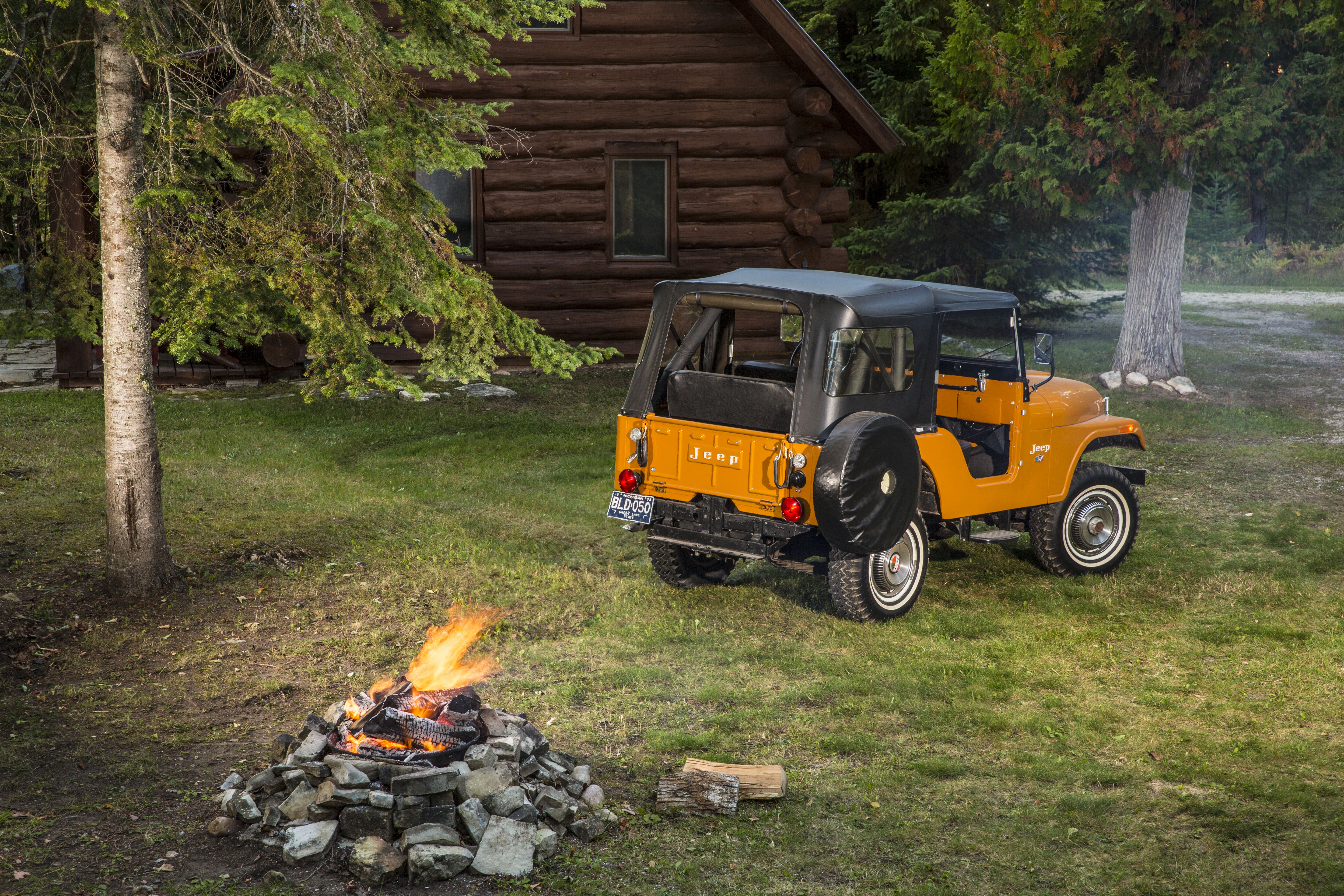 Indeed, starting in 1972, American Motors decided that the CJ-5, CJ-6, and Commando needed a couple more cylinders. Only four- and six-cylinder engines (including a Perkins diesel four-cylinder) had powered the civilian Jeep up until that time; none of those were of AMC design, and GM had bought back the tooling for what Jeep advertised as the Dauntless V-6, so a couple years after AMC bought Jeep from Kaiser, the company reengineered the CJ chassis to give it 3 more inches of wheelbase (up to 83.5 inches on the CJ-5), a stronger frame, and a stouter Dana 30 front axle. The 100 hp AMX straight-six became the standard engine, with the 150 hp two-barrel 304-cu.in. V-8 optional. As opposed to the 1971 Jeep slogan, "It has guts," Jeep brochures now advertised "tougher guts." 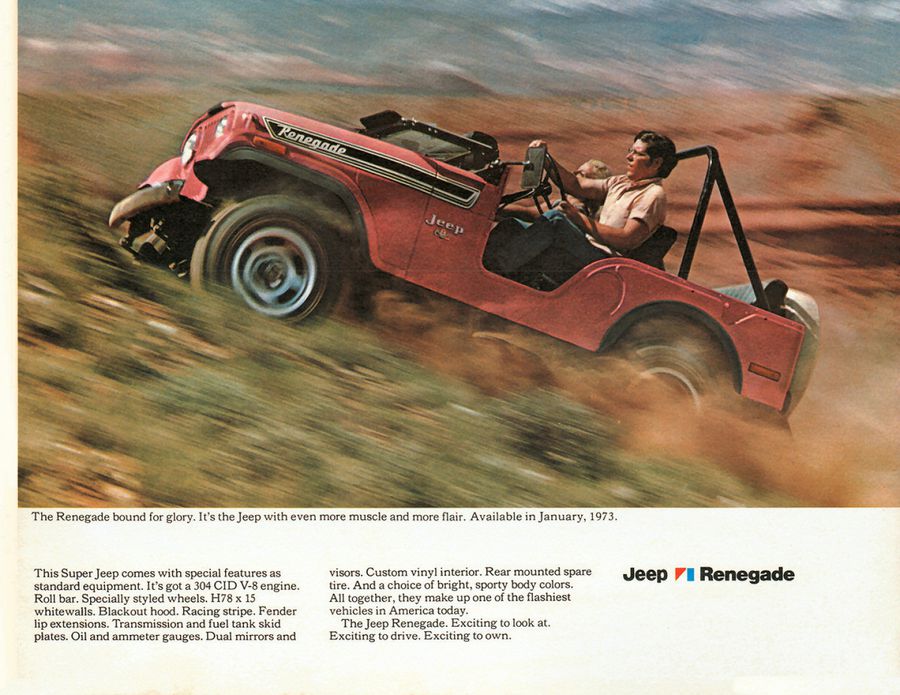 The arrival of the CJ-7 in 1976 brought along an optional automatic transmission and Quadra-Trac, but the 304 - now down to 125 horsepower - remained the only option for V-8 CJs, despite the availability of the AMC 360 and 401 V-8s in the full-size Jeeps. Then, by 1981, not even that remained an option for California buyers, and by the end of the model year, AMC discontinued the V-8 option.
While the heavier V-8 conceivably may have contributed to the CJ's rollover issue and marked it for deletion from the option sheet, the real issues were economy and emissions; in 1981 the EPA estimated the 304-powered CJ at 15 miles per gallon combined, a figure that AMC didn't even bother publishing in its brochure for the CJ that year. (Could be worse--a few years earlier, the EPA tested the 304 CJ at 12 mpg combined.) AMC had already discontinued the V-8 in its car line after 1979 and nixed the 401 altogether the same year for similar reasons. 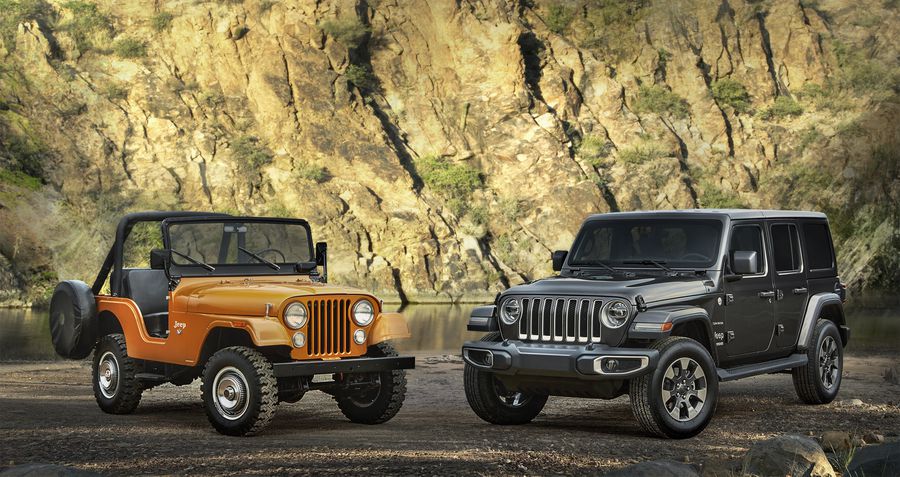 1973 CJ-5 with a 2018 Wrangler Sahara.
In the years since, the AMC straight-six--in both 258 and 4.0L versions--soldiered on as the top engine in the CJ, YJ, and TJ before Chrysler eventually replaced it with the 202 hp 3.8-liter EGH and 285 hp 3.6-liter Pentastar V-6s in the JK and JL Wranglers.
Fiat Chrysler reportedly has several Hemi-powered JL Wrangler mules running around, despite earlier warnings from the company that a Hemi might fit in the JL but wouldn't meet crash requirements.
SOURCE: HEMMINGS
← Go Back To List